Salem, Oregon: The Many Options of Wine Tasting

There are 26 wineries in the AVA. Sadly, we didn’t have time to visit them all. The Eola Amity Hill AVA is a sub-AVA, part of the Willamette Valley AVA (which has nine sub-AVAs). The marine sediments, volcanic and ice age loess of the soil, the uplift of hills, and the cooler winds blowing off the ocean are what make up the unique characteristics of the AVA. It and the namesake town of Eola is named after Aeolus, the Greek god of the winds. The four wineries that we did have time to visit are listed below. 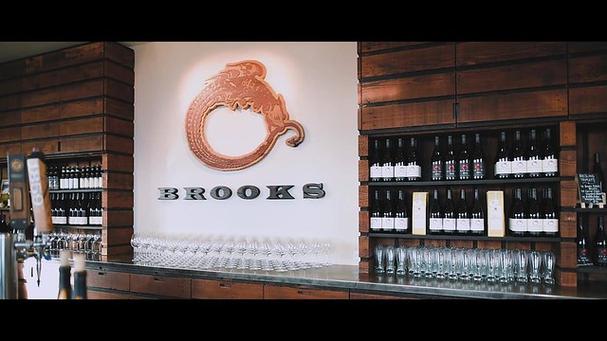 Brooks Winery has a beautiful tasting room with a view of Mt. Hood and the tasting room boasts the excellence of Executive Chef Norma Buchholz. Michael was excited to find Heirloom Tomato Gazpacho on the menu, a chilled soup made with heirloom tomatoes, cucumber, bell pepper, lime, and serrano pepper, then garnished with fried basil. Michael paired his soup with Ara Riesling, with green apple and nectarine notes on the dry side. My lunch was the Burrata Caprese Salad with mozzarella, peaches, heirloom tomatoes, greens, basil, and a light vinaigrette. Along with the salad, I tried the Orchard Fold Riesling on the dry side with a zesty citrus nose. It is crisp with a slightly metallic acidity. 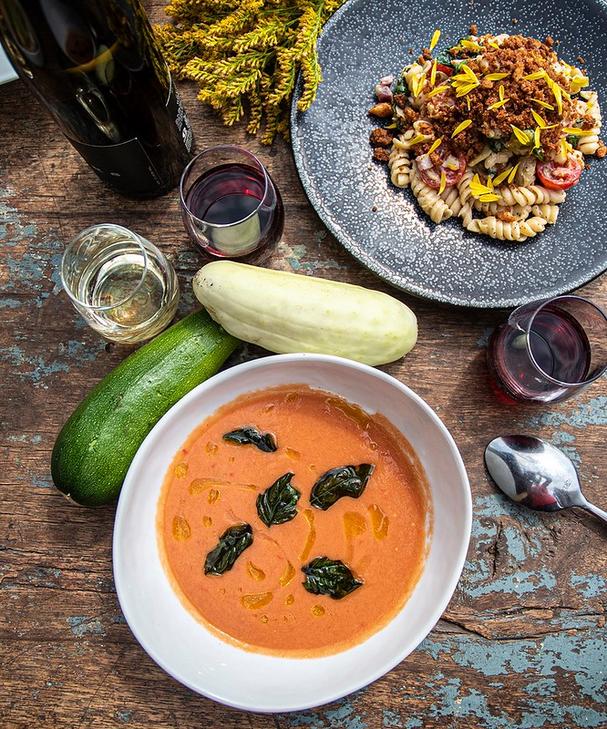 Owner Pascal Brooks is one of the younger winery owners in Oregon. His dad Jimi Brooks tragically died of a heart attack in 2004, just before the fall harvest at the age of 38 years old. His son inherited the property at the age of 8. Jimi’s sister Jani stepped in to help and is still very involved in the winery. That first harvest, 12 area winery owners took in the Brooks grapes and produced the wine under the Brooks name to keep the brand going. The Brooks tasting room features wine barrels with the name of each of those 12 wineries as a way to honor their help.

Willamette Valley Vineyard has vineyards in the Eola Amity Hill sub-region and other sub-regions of the Willamette Valley AVA. They also have an award-winning chef DJ MacIntyre who provides an exciting menu of paired selections. I had the Pesto Manilla Clams, steamed in a liquid of white wine, basil, pine nuts, garlic, chili flake, and served with thinly sliced radishes and a grilled baguette. I paired it with the 2017 Pinot Gris, which was crisp and refreshing with a nose of orange blossom and a hint of ginger. The well-balanced acidity went perfectly with the clams. Michael had the Artichoke Ravioli with gulf shrimp, heirloom tomatoes, and shaved garlic. He loved the lightness of the dish and proclaimed it the best pasta that he had ever had. 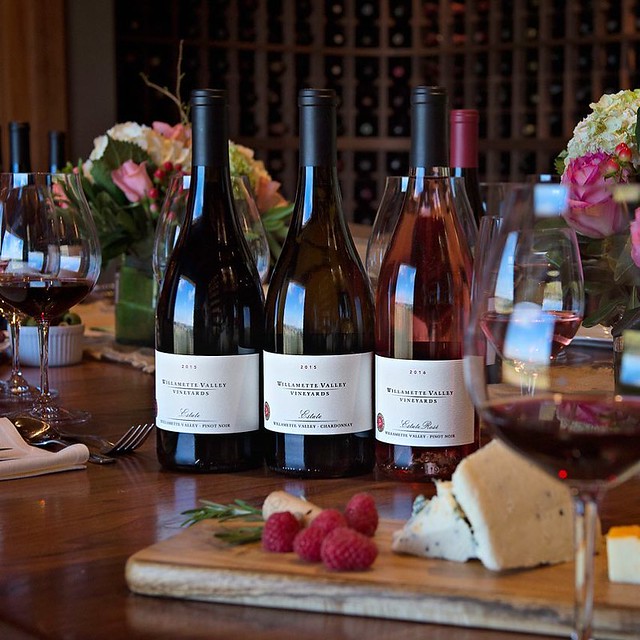 We also enjoyed tasting a few more of their wines. Among the favorites was the Tualatin Estate Chardonnay, very lightly oaked in taste, and the Bernau Block Pinot Noir with an earthy nose and balanced tannins. 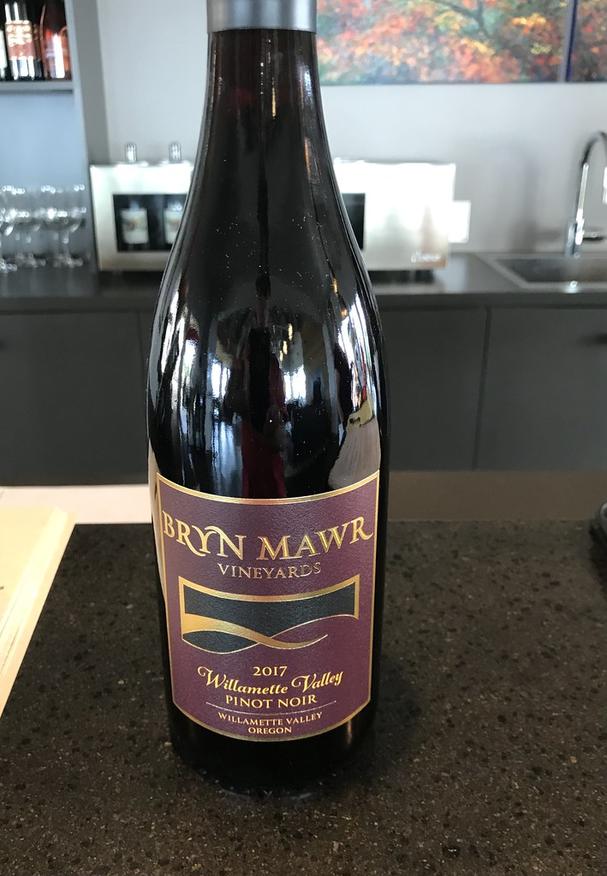 Bryn Mawr Vineyards is dealing head-on with the changing climate. Winemaker Rachel Rose is proactive in making adjustments by planting later ripening clones of Pinot Noir and other varietals that do better in warmer weather. They also plant the vines in wider rows to allow for better shading and leaf development. Rachel has a degree in Molecular, Cellular, and Developmental Biology and brings much expertise to her job - and produces some great wines. We tasted the 2017 Willamette Valley Pinot Noir and the 2018 Estate Pinot Noir. The 2018 was a bit bolder – and they are both beautiful wines.

Curious about the name, we learned that Bryn Mawr is a Welsh phrase that roughly translates to “high hill.” The vineyards benefit from the higher elevation of Bryn Mawr which ranges from 650 – 890 feet on the western crest of the Eola Amity Hills. 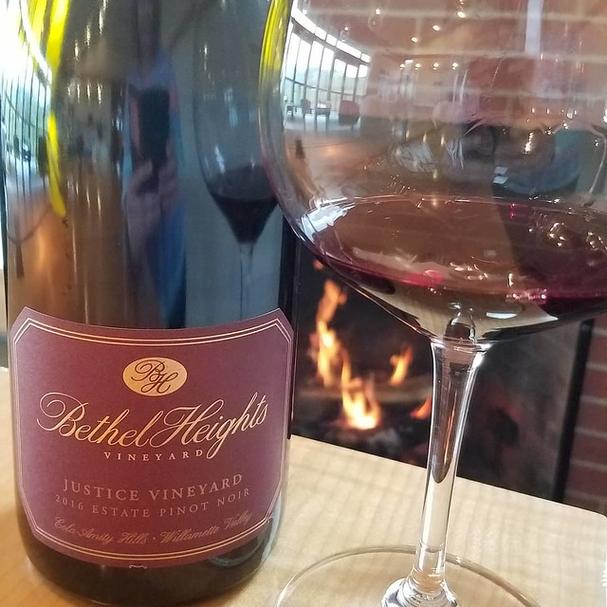 Bethel Heights Vineyard is truly a family affair, founded by twin brothers Ted and Terry Casteel, their wives Pat Dudley and Marilyn Webb, along with Pat’s sister Barbara Dudley in 1977. Ted managed the vineyards, and Terry was the winemaker. Pat and Marilyn were responsible for marketing and the business end of things. Terry has since stepped back, and the winemaker now is his son Ben. Ben is just one of the five cousins making up the second generation involved in the family business. Our favorite of the Bethel Heights wine was the 2017 Pinot Noir. The wine earned a high 93 points from JamesSuckling.com. It is a very complex and well-balanced wine with notes of black plum, cherry, and clove. The grapes come from the Justice Vineyard – named in honor of Pat’s sister Barbara, an attorney and chair of the Bethel Heights Vineyard Board of Directors. Barbara has had a long career as an attorney working with various labor and environmental groups and projects.

There are over 30 wineries and tasting rooms in the Eola Amity Hills AVA, so of course, we couldn’t visit them all. We suggest checking out Cristom Vineyards (pictured below). 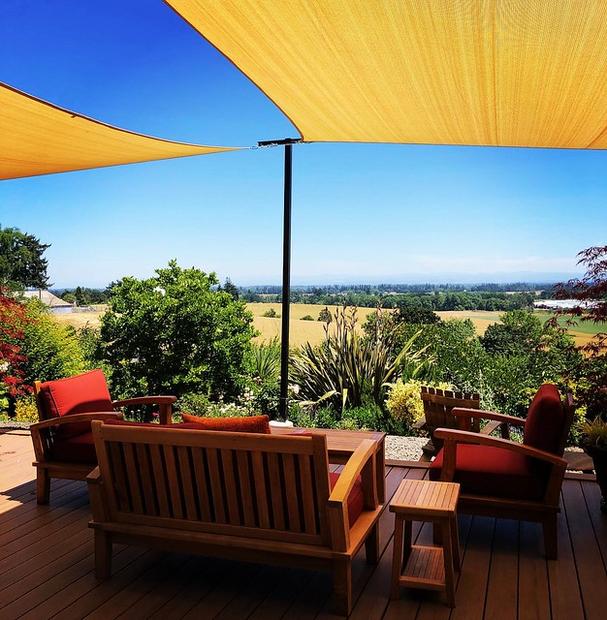 The Van Duzer AVA is unique because of the corridor that ushers in cool marine air through the Van Duzer Gap. The gap begins near Lincoln City on the Oregon coast and runs east toward the AVA. The coastal range goes up to 3,000 feet in places, and the cool marine air comes through the narrow gap. The net result is stronger winds, sometimes twice the speed of nearby areas. Stronger winds bring thicker skins on the grapes, which helps bring different compounds and results in wines with more complexity and a darker rich color. The breeze also brings cooler temperatures, sometimes 10% cooler than the surrounding areas. The coolness is a good buffer against global warming, and the breeze is also very useful in minimizing mildew issues. The soil composition in the Van Duzer AVA contains gravels from the Missoula Floods some 15,000 years ago. 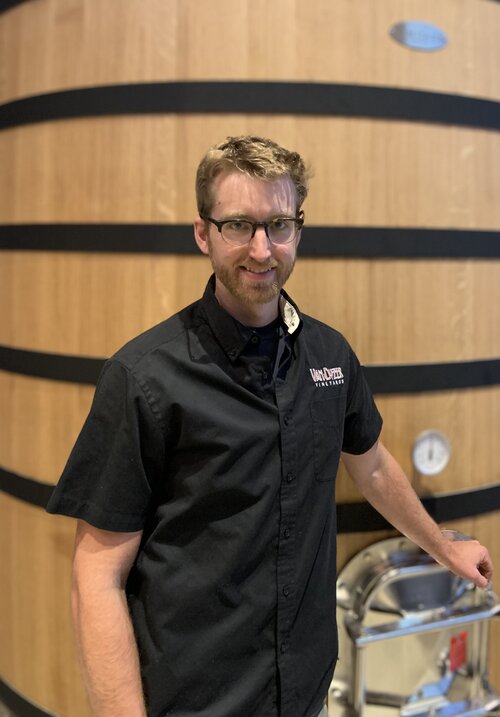 Van Duzer Vineyards is a required stop for us anytime we are in the area. Winemaker Eric Misiewicz was a student in the wine program of Cornell University and has worked in the Cava region of Spain and the Fingers Lake area in New York state. We enjoyed the 2018 Van Duzer Pinot Noir Elemental Reserve, with rich cherry and allspice flavors and lovely tannins from the extended time in the barrel. We also liked the 2017 Estate Syrah with its peppery notes.

Andante Vineyard is well-named after the musical term, which means to play in a relaxed and flowing moderate tempo. It captures the atmosphere of the tasting room and surrounding fields. Co-owners Joe Allen and Karen Saul came to wine-making after their initial careers as a doctor (Joe) and an attorney (Karen). Another crucial part of the team is Brandon Correa, the Vine to Wine Principal. Brandon is also a big part of the musical flavor of Andante, playing violin with Joe on the grand piano. 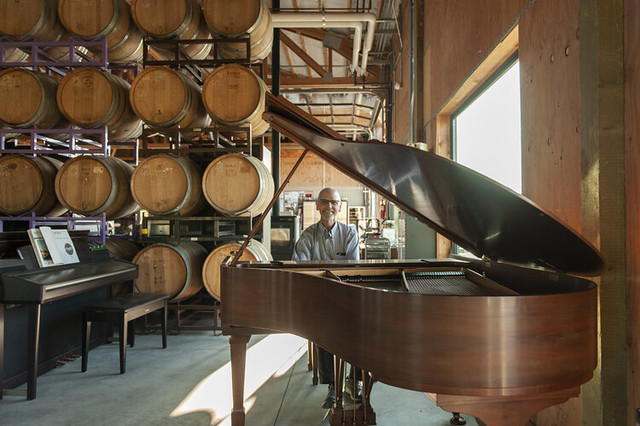 According to Karen, the signature wine is the Sauvignon Blanc. We tasted the 2019 Sauv Blanc which had bright with notes of citrus zest and peach. It’s a great wine to sip on a warm summer day and would pair well with a zesty grilled salmon or a spicy grilled cod. We also enjoyed the 2016 estate Pinot Noir with its rich red color, earthy nose, and tastes of plum, cherry, and tobacco leaf.

So many wineries, so little time! It was time to head home to Seattle, but we will be back – there’s so much more to see, taste, and enjoy in the Willamette Valley.