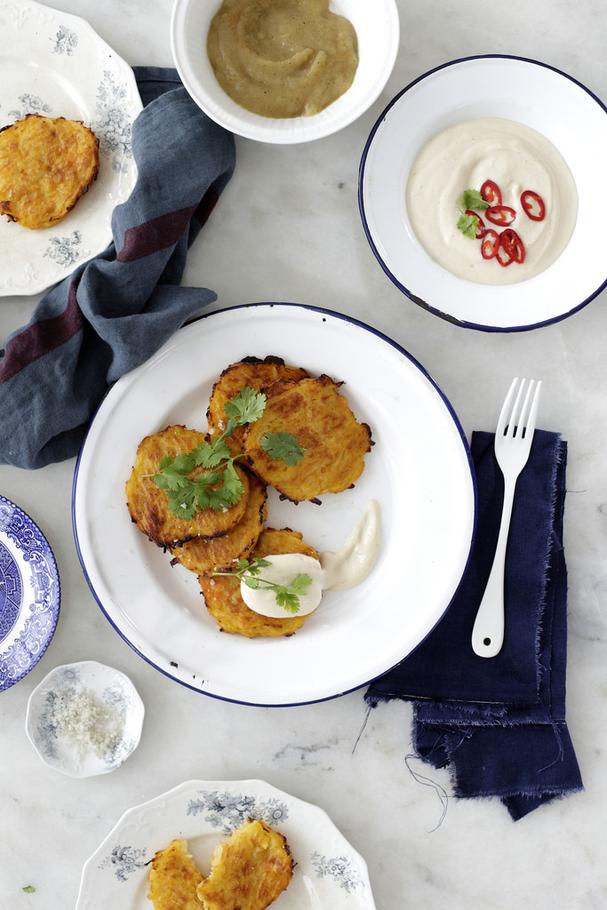 Eating healthy during the holiday season doesn't have to be a chore. Cutting down on or swapping out unhealthy ingredients (like saturated fats) typically used in our favorite recipes can result in dishes that are just as tasty, but without the guilt. Latkes - those delicious can't-stop-at-one potato pancakes - are a traditional food eaten during Hanukkah, but because they're fried in oil they can pack in those unwanted calories. This scrumptious latkes recipe from Kenden Alfond, author of the Jewish Food Hero cookbook and blog with the same name, incorporates good-for-you yam puree and non-dairy milk into the batter, and uses less oil for the frying. She tops the tasty cakes with a sweet and spicy duo of Chili Cream and Cinnamon Applesauce. Your guests won't even know they're eating vegan latkes they're so good! Also check out her Sweet and Savory Mini Latkes recipe here.

"These latkes are hearty and crispy. Using minimal oil, they’re a tasty and healthy option for your holiday menu (and for the rest of the year too). Each latke can be served with your toppings of choice: chili “sour cream” and/or cinnamon applesauce." ~ Kenden Alfond

To serve and store:
Keep the cooked latkes warm in the oven until ready to serve .
Serve on a large platter alongside cinnamon applesauce and chili “sour cream” (recipes below) .
If you have leftovers, place them covered in the refrigerator—they taste delicious cold .

INSTRUCTIONS
In a large sauce pan:
Place all the ingredients, and bring to a gentle boil over medium heat
Reduce the heat to low, and simmer covered for 25 minutes
Partially mash the apples or puree them smooth

To serve:
Place in a medium serving bowl, and serve at the temperature of your choice

INSTRUCTIONS
In a blender or food processor:
Puree all the ingredients until smooth

Garnish and serve:
Top with a sprinkling of paprika and chopped peppers.

About the Author:
Kenden Alfond is the founder of Jewish Food Hero which nourishes the minds, bodies, and spirits of Jewish women around the globe. She offers vegan recipes that are a modern twist on traditional Jewish meals and resources to support an intuitive turning toward greater health. You can find The Jewish Food Hero Cookbook: 50 Simple Plant­Based Recipes for Your Holiday Meals at jewishfoodhero.com. 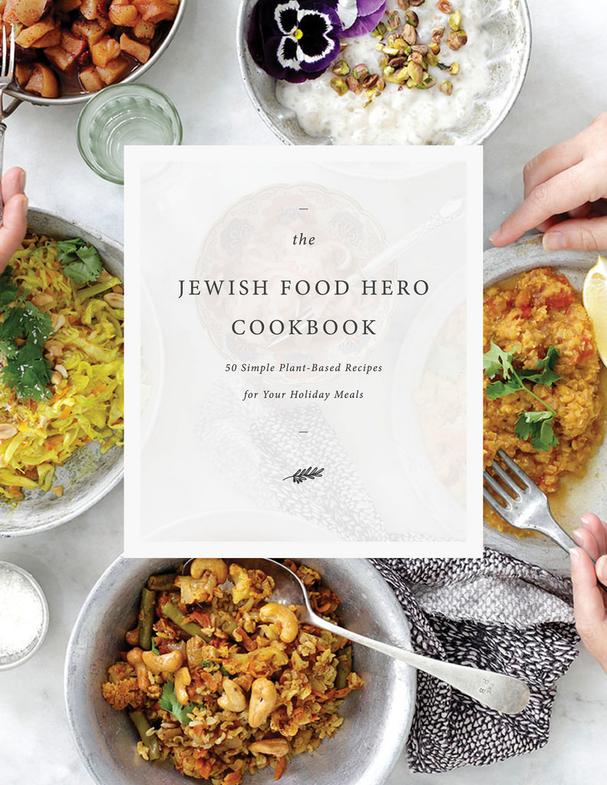 How To Prevent and Eliminate Weevils in...
Sheri Wetherell