Vegas Uncork'd: The World's Best Chefs at the Ultimate Food and Wine Event 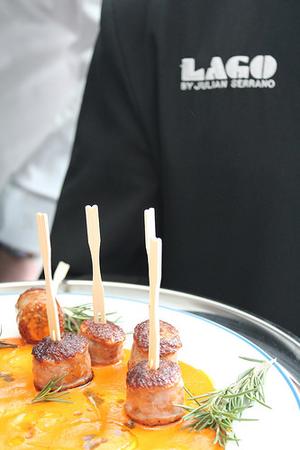 What happens in Vegas shouldn’t always stay in Vegas. A weekend of celebrity chefs, amazing dinners, wine tastings and more is definitely something to shout about. This past weekend, food lovers from around the world flocked to the desert for the 9th annual Vegas Uncork’d by Bon Appétit, one of the country’s largest and grandest food events - which also benefits Keep Memory Alive, a nonprofit organization dedicated to helping individuals with neurocognitive disorders. This ultimate food and wine experience featuring world-renowned chefs from ARIA, Bellagio, Caesars Palace and MGM Grand kicked off at LAGO, Chef Julian Serrano’s newest Italian small-plates restaurant overlooking the beautiful Fountains of Bellagio. 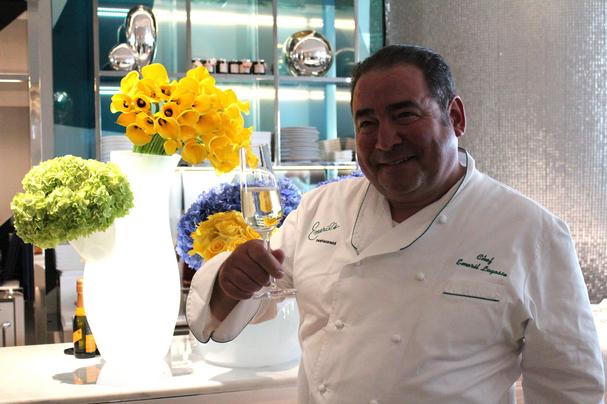 The reception officially kicked off the weekend with a traditional sabrage by Chef Serrano, an impressive technique where he sabered off the top of a magnum of Mionetto prosecco (see video below).

Attendees of Vegas Uncork’d experienced bucket list-worthy events like Master Series dinners with celeb chefs such as Emeril Lagasse, beef and bourbon dinners, wine and chocolate pairings with Master Chocolatier François Payard, cooking demos and cocktail classes, a pop-up restaurant from BRAVO, The Grand Tasting Event at the Garden of the Gods at Caesars Palace, and so much more.

Editorial disclosure: Foodista's travel and expenses were generously provided by Bon Appétit and Kirvin Doak Communications. No other compensation was received.