The Globalization of McDonald's 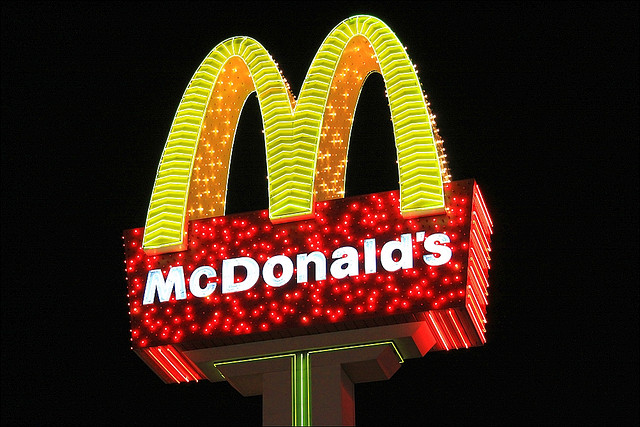 We all know that McDonald’s has taken over the world. The big yellow arches symbolize America’s universal dominance in the fast food market and in the world economy as a whole, spreading tidings of the happy meal far and wide. We even analyze currency rates and the standard cost of living in countries based on what it would cost to buy a Big Mac. But, did you know that McDonald’s has become the latest trend in nuptial vows? A news release from the New York Times recently reported on what can only be deemed a Chinese McWedding.

Due to a law change in 2006 allowing couples to marry outside a place of worship, one Hong Kong couple decided to take the plunge in their local Micky D’s, toasting a milkshake to their undying love. But China is not the only country (excluding the U.S. of course) that celebrates the gospel of Ronald McDonald. Countries around the world have embraced the Big Mac in all its glory, but not without adding their own unique twist.

Below is a quick tour of what you can expect when you pop in for a cheap reminder of home while traveling abroad. A global tour de Mac, if you will. I’ve also included the dollar cost of a Big Mac in each of these countries based on the 2009 Big Mac Index from the Economist McDonald’s India: Items like the Paneer Salsa Wrap (paneer is an Indian cheese) or the Maharaja Mac which was originally made with lamb (beef is not a common item in a majority Hindu population) but is now made with chicken, show how McDonald’s has incorporated local tastes into their menu to make the food more appealing for the native culture. The Indian menu also has more vegetarian items than most around the world, including the McAloo Tikka, a veggie patty made with Indian flavors and spices. (Price not included on the 2009 chart) 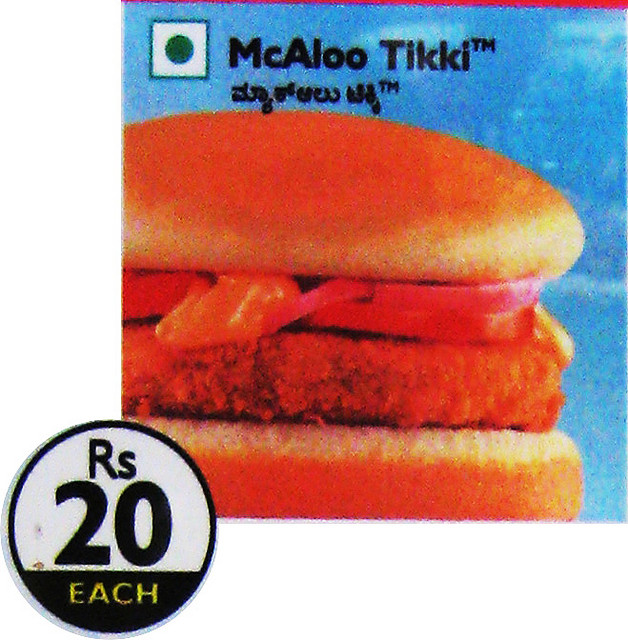 McDonald’s Germany: In Germany, you can do happy hour with your Happy Meal since they serve beer at most German locations. They also have a hefty selection of sauces, including curry sauce, chili dip, senf sauce, and a few more I can’t seem to translate but would love to dip a fry into. $4.38 (Big Mac) McDonald’s Japan: The Japanese love Mcdonald’s, but definitely put their own spin on the menu. Next time you’re in Japan, check out the Ebi Filet-O (shrimp burger), the Koroke burger made with mashed potatoes, cabbage, and katsu sauce, and then top it off with a bacon potato pie. But please, don’t forget to go out for some authentic sushi to redeem yourself afterward. $3.23 (Big Mac) 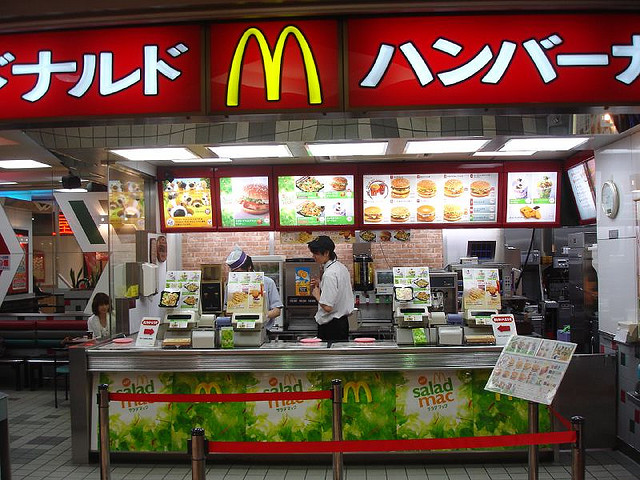 McDonald’s Chile: Down in South America, they like to add the green goodness of  the aguacate to their food to give it that Chilean zing. At a Chilean McDonald’s you can order most menu items “con guacamole.” And of course, it wouldn’t be Chile without cheese empanadas on the menu. The juice in Chile is also particularly good, so make sure to order some jugo de naranja to go with your meal. $2.51 (Big Mac) Make your own version of the Chilean Big Mac con guacamole by trying out this Baja burger recipe below: