Meatless meat – faux beef – mock burgers: it can be confusing. If your experiences as a vegetarian (or pescatarian, or vegan) are anything like mine, sometimes despite your best intentions you end up with an unavoidable craving for a cheeseburger. And veggie burgers? They’re arguably the most reviled part of a vegetarian diet by non-veggies. Who wants texturized soy protein over a juicy ground chuck patty? Can diced mushrooms and protein fillers really take the place of a Big Mac?

YES. Let me just say – yes. Swap your beef quarter-pounder for a veggie patty and realize that your meal is doubly healthy (not to mention green, socially conscious, yada yada yada) and even… tasty. Dare I say--delicious.

But what brand to buy? A quick Amazon Fresh search turns up eighteen varieties of veggie burgers, from seven different brands. For this post, I’ll test drive three of the most popular veggie patties in the hopes of making your next veggie burger adventure a success. Happy protein crumbles! 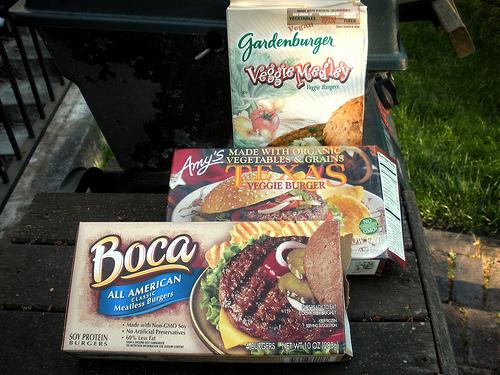 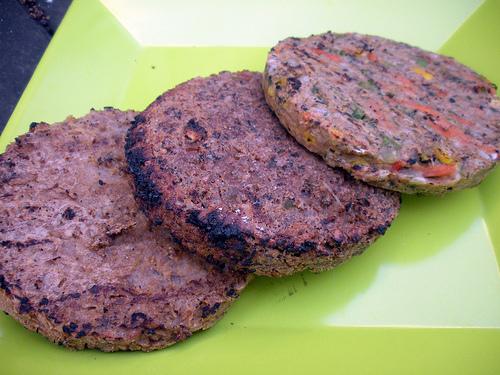 Comments: The texture does a good job of imitating meat. However, the barbecue flavor conflicts with the overall sweet taste of the patty (both tomato puree and evaporated cane juice are high on the ingredients list), leaving a terrible aftertaste in my mouth. I’d eat this—but honestly I would rather put barbecue sauce on a less oddly flavored veggie burger.

Comments: My twelve-year-old sister attested, “It tastes fine, but I don’t know if I would eat this like a burger.” Indeed, the Veggie Medley is not really imitation meat: there are visible chunks of carrot, broccoli and spinach sandwiched between all that soy protein. It’s an attempt at a true vegetable patty. That said, it’s well-flavored (lots of onion!) and would be a great addition to a barbecue.

Comments: To be honest, if someone slapped this Boca burger in front of me, complete with bun, cheese, and ketchup, I think it would take me a good five minutes of munching to figure out that my burger was not, in fact, made of ground beef.  The texture is quite meaty, and the flavor is good but not overwhelming. Drawbacks: to me, the ingredients list seems sketchier than Amy’s or Gardenburger’s by leaps and bounds. What is disodium inosinate? It concerns me. Also, this Boca contains a good deal of cheese, so it is by no means vegan. Bottom line: if you’re a former meat eater jonesin’ for an excellent faux cheeseburger, Boca’s your choice.

Do you have a favorite veggie burger brand, or do you prefer to make your own? Are you a vegetarian, but is faux meat not your thing? Let us know in the comments!

These are all really great quick alternatives! You can also make your own... it's not as hard as you think and you can get really creative with your ingredients :)

MorningStar black bean burgers all the way. They can sometimes be hard to find, but tastewise are a definite step above Boca.

I even have highly carnivorous craving them after I force them to try my "fake" burger.

Also, I know a lot of pescatarians who love salmon burgers. I have always had a hard time keeping them together (the flaked salmon doesn't always stick as well as ground beef), but now Crate and Barrel has burger shaped grill molds that will hold the burger together for you.

I am not a fan of trying to make things that aren't meat taste like meat. How processed and manipulated are some of these veggie burgers to approximate the texture and appearance of meat? I vote for the Gardenburger or anything more like a veggie patty.

The Boca flame grilled burger is pretty tasty. I eat it as an olive burger when my husband is out of town and I don't want to fire up the grill for one.

I like the Boca Portabello mushroom burger--delicious! Especially with swiss cheese; it's like a swiss/mushroom burger but the mushroom is IN the burger. Epic.